Alrighty righty let’s get straight back into my monthly list of every film I saw in 2019. I still didn’t see anything at the cinema (although that will have changed in a month’s time) but I still saw plenty of quality films. Let’s dive straight in- 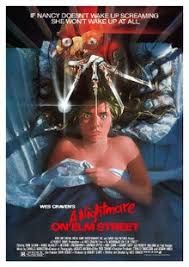 One of the most iconic horror films of all time, this timeless 80’s classic is often imitated, never bettered. Focused on a group of teenagers being haunted in their dreams by the mysterious Freddie Krueger, the film gave birth to one of horror’s greatest heroines- Nancy Thompson. We all know who Kruger is now after endless sequels and saturation but in this original film he is an enigma and a terrifying presence brought to life by the great Robert Englund. This film is also known for being Johnny Depp’s first film and even if you haven’t seen the film you know what happens to him- it’s a memorable and brilliant scene. If there’s one film that captures the 80’s suburban nightmare, then this is it. It’s been referenced so much, most memorably in Rick and Morty, but the impact is still immense. The best way to watch this film is when you’re on the verge of sleeping, and it’s how I’ll watch it next time. It’s one of the great slasher films and any horror fan should watch it. 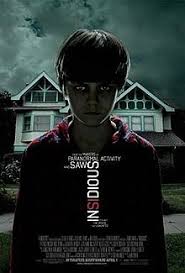 Not everything I saw this month was a horror film, don’t worry! After Aquaman I’ve become very interested in James Wan’s previous work, and I don’t think I’m alone in saying he is one of the 21st century’s most influential horror filmmakers. In his stealth remake of Poltergeist, an ordinary family is haunted by ghosts, demons and all manners of otherwordly creatures, and not even moving house will help. The film’s first half builds and builds the tension to almost unbearable levels and Wan takes the time to develop the characters and settings before establishing the well thought out and fascinating backstory behind the film. Having had a newfound passion for horror films I’ve developed somewhat of an immunity to the scares but the majority of Insidious had me on edge and tense. With one of cinema’s all-time great jump scares (don’t lie, you know the one) and an unbearable sense of foreboding throughout, this film is a new horror classic. James Wan, you sir, get it. Whether it’s superhero or horror, you get it. 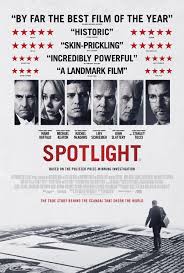 Well… this is going to be hard to talk about due to the subject matter. The allure of Michael Keaton drew me to this film (that man can make ANYTHING instantly more interesting), plus an active desire to watch something outside my usual genres. Spotlight is now the sixth Best Picture winner I’ve seen after (in order of release) Gladiator, Return of the King, The King’s Speech, Argo and The Shape of Water. Concerning the true story of the Boston Globe’s efforts to uncover the truth behind the decades of corruption and child abuse in the Catholic Church, it’s a film with very real and sensitive subject matter and I’m glad I watched it to take me out of my usual film experience. However, this doesn’t stop the film from incredibly compelling and interesting to see the real life story of the newspaper revealing the truth. It has a fantastic ensemble cast and it’s fast paced and engaging on every level. If the blunt nature of reality is something you’re comfortable with, than check this film out. I’d say it deserved the Best Picture win. 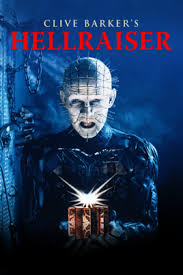 If Michael, Jason and Freddy are the rulers of horror and Leatherface, Chucky and Pennywise are the lieutenants plotting an uprising then Pinhead is the quiet one who is simply content with his position as one of the greatest icons horror of all time (REALLY not helping my case that not every film I saw this year was a horror). He’s not in Clive Barker’s twisted and original Hellraiser that much but the film is still great even when you keep waiting for Pinhead to turn up. The incredibly morbid, grotesque and insanely British plot involves a plot to escape eternal torment by draining others of their blood- twisted even before the Cenobites turn up. We have one of the most underrated horror protagonists in Kirsty, and her ability to endure the truly nuts stuff that goes on is a sign of an awesome protagonist. I would recommend this but this is so dark, violent and morbid I can’t say everyone 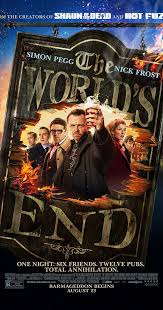 My trip to Los Angeles required two ten hour flights across the pond and back. I saw six films in total- three I’ve seen before, and three I hadn’t. Of course, Edgar Wright’s masterpiece was one I re-watched immediately. Since making my updated list of favourite films last year I regret putting The World’s End at number nine. In hindsight, I would have put it as number one. The script is infinitely quotable and memorable, Edgar Wright and Simon Pegg’s writing is complex and both hilarious and heartbreaking. Gary King is a masterpiece of a character with a career best performance by Simon Pegg that I still believe was Oscar worthy. It’s an insane and bonkers film that is so startlingly original and endearing it pains me this film is still seen as underrated. It’s a film about reliving the past and ultimately realising that it is not the perfect memory that nostalgia paints it as whilst serving as a genius satire of commercialisation, individualism and free will wrapped up in a unique Wright bow. I cannot wait for what he has up his sleeve next. 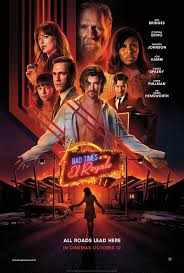 One of my favourite films is Drew Goddard’s The Cabin in the Woods, which gleefully and lovingly dissects the horror genre and turns it into one giant meta commentary. In his second film, the same is done for the noir/thriller genre. A group of strangers arrive at the El Royale hotel bordering California and Nevada and… that’s all I can really say. Like Cabin, it’s important to go into this completely blind as the narrative revolves around the audience not knowing anything. Chris Hemsworth gives an amazing performance in his small but pivotal role and it’s clear all his future roles should be in Drew Goddard or Taika Waititi films. The film is primarily comprised of a series of vignettes that all tie together wonderfully and the film is very unique and original, defying Hollywood conventions and norms. Like Cabin the twists and surprises are acute and perfectly executed, and this proves Drew Goddard is a master of storytelling. Between El Royale, Cabin in the Woods, The Martian, The Good Place, Daredevil… that is a long and accomplished list of outstanding productions. Check out this film if you have the chance. 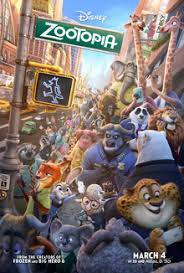 Surprise, Disney can still make original stuff! Hooray! Depending on what side of the Atlantic you’re in the name is different but that doesn’t change the fact that this supposedly children’s film goes hard in tackling race relations, using the relationship between predators and prey in a seemingly idealistic city-state to parallel real world issues. Judy Hops is a rabbit who becomes the first bunny cop in Zootopia and her views on it as a utopia are quickly shattered as it’s revealed that the racial harmony between species is not all that it seems. Teaming up with the fox Nick Wylde (the BEST. CHARACTER. EVER!) the duo uncover a conspiracy. With barrels of wit and imagination as well as a healthy balance of humour and intelligence, this is one of the best animated films I have seen. Yes, the message is very obvious, and earlier drafts would have made the film even darker, but for a family film to handle real life issues in such a blatant manner was very refreshing to see. Can we please get a sequel to this film? 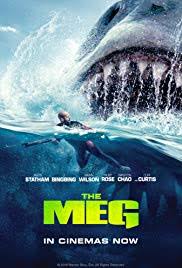 When you’re stuck on a plane for ten hours you need some entertainment. And when a film as stupid and gloriously dumb as The Meg presents itself to you, of course I’m checking it out. It’s clear the makers of this film wanted to make something deliberately awful and they succeeded- this is a hilarious film. This is a film where Jason Statham outswims a Megaladon and said Megaladon somehow survived millions of years in the ocean on its own without the food source it ate (oh, and there’s two of them). It’s a so-bad-it’s-good film and I loved every second of it, from the hammy dialogue, the ridiculous plot and the stupid, stupid characters. It’s no wonder this film made so much money- audiences want a good time and The Meg will give you one provided you know what kind of film you’re getting. It’s somehow genius just how stupid this film is and how it’s so bad it needs a special kind of skill to make a film that works so well. There’s good films, there’s bad films then there’s The Meg- one of the best worst films ever made. 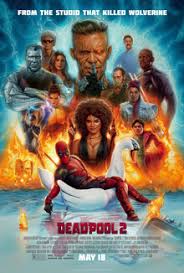 My plan on the flight back was simple- sleep. That said, I still re-watched two films. Deadpool 2, in my opinion, is both better than the first (very good) film and one of the best superhero sequels, right up there with Spider-Man 2, Batman Returns, The Dark Knight and Hellboy 2. There’s a genuinely good story in this silly parody film and the themes are woven together to make a film that expands on the first film with heart and a better balance of silly and serious. My favourite aspect of this film is Josh Brolin as Cable playing his role 100% serious, as if he belongs in a different film. Deadpool was right that this is a family film- or rather a film about family, and it somehow works so well. I love how Wade gets a proper arc and is treated with respect by the narrative even when he’s mocking Wolverine for dying before him. It’s also interesting how both Deadpool films present a better version of the X-Men than the recent X-Men films have. I’m so glad this great character will be allowed to continue in his own mini-universe even when the merger happens. 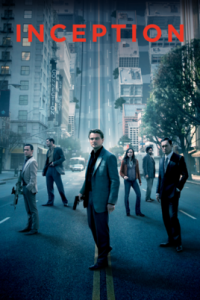 OK, I’m personally not as gaga over Christopher Nolan as much as everyone else is (he’s a great filmmaker but his filmmaking style lacks personality and is very tell over show in my opinion) but Inception goes hard and I love every second of it. I don’t think I need to say much as this is one of the greatest and most influential films of the decade. A hugely original and thought provoking epic film with a phenomenal cast and score- Hans Zimmer can get repetitive but this soundtrack is iconic. Unlike Nolan’s other films (barring the underrated The Prestige) this film implies its themes rather than spells them out and the ideas are fascinating. It’s a redemption story for Dominic Cobb and it’s a great narrative with a human heart to it. The action is sublime, the pacing is impeccable and it’s a literally mind blowing experience. To this day I am blown away about how the hallway battle was done and this film is proof that originality can still make money as long as it’s good. Everyone’s already seen Inception, but if you haven’t, fix that immediately.

February is a shorter month than usual but thanks to my trip I could cram far more in than usual. What films will I see next month? I dunno. But I can’t wait to write about them.

One thought on “Every film I saw in February 2019”

This site uses Akismet to reduce spam. Learn how your comment data is processed.